As usual we traveled as a family on business on this side of the World.  The Company pays for the hotel, foods and even for my driver.  Yes as some of you don’t know yet… in KSA no woman is allowed to drive and that is the rule whether you like or not.  If you put it nicely… you can be pampered here being a woman but depends on the host, who you are with and what is your purpose of coming to the Kingdom.

Now let me get on telling you about the type of hotels that we’ve been in for the sole purpose of being near hubby’s “Other Office” so yes we choose the hotels based on that alone as the traffic jam can be terrible.  The good thing of having a driver is… it is good for your health 🙂  PERIOD. 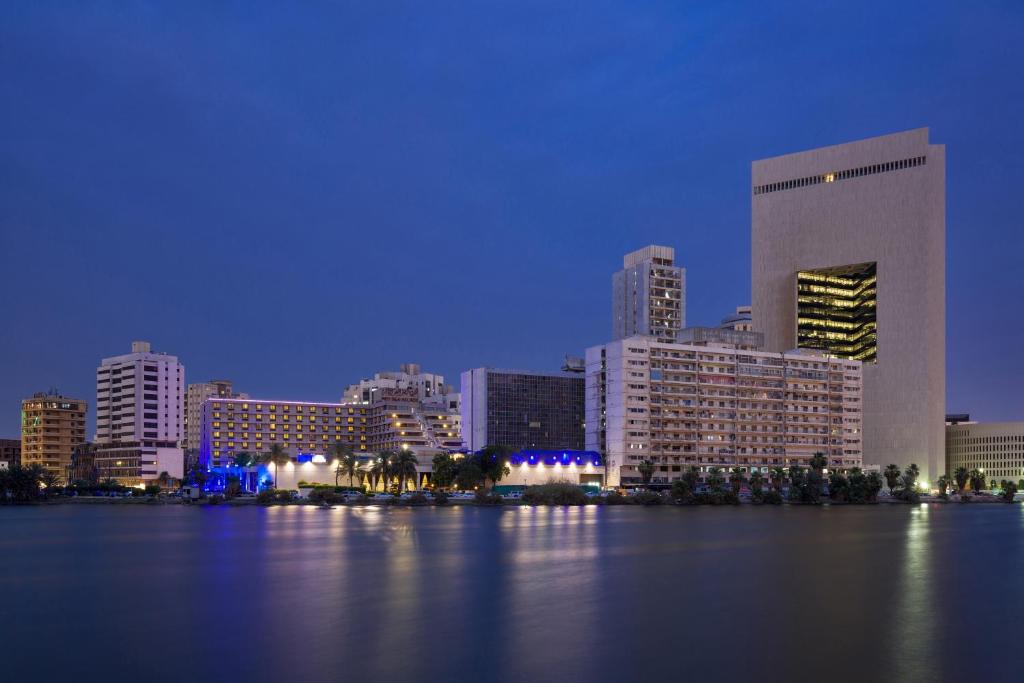 I copied the image from Booking.com website as per above link and yes this is how it looks like in the early years perhaps.  Their frontage is now full of parked cars that someone told us that it belongs to a rental company so getting your car parked is like praying for rain!.  There are just a few car spaces inside the gate.  So this is where having a driver are great : he drops you off to wherever you go and he parked the car somewhere and wait for your call when ready.  It is a shame that they neglect this side of things as it can be nice really especially at night.  The reception can be busy depends on the month and what events do they have which is mostly every month as lots of people pays their respect and go to Mecca for their once in a lifetime “hajj” pilgrimage and Jeddah is one of the stopover City to go to.  Ok without any further ado as I can go on and on and I bet some of you will be interested how it is like over there 🙂 maybe on my next post. Here are the photos and you can judge by yourself.

The Lobby is very spacious and clean though old traditional furniture’s and furnishings are on display.

Foods are so many to choose from either for breakfast or dinner.  Above sweets are just to show they can make this with a lot of variations plus their Arabic sweets are also good though it may not show on this, sorry. FYI… I cannot really do a lot of picture taking as people will openly stare if I do it too much since there is really no “tourist” there.  ALL people come with a purpose either on business, pilgrimage or locals/residents who play tourist while off from work.  The other thing that they taken for granted is the tablecloth.  It was probably luxurious on those days but not anymore since there are a lot of stains that doesn’t come off.

We are lucky that we got the renovated room so it is always good to pay more in this side of the World so you can be comfortable.

There are 2 Radisson Blu in Jeddah, but this one is located in King Abdullah Rd. and newly opened much modern hotel compare to their other location in Medina Rd.  You have to tell the taxi some landmarks or nearby location so they can locate this new hotel.  Good thing we have a driver on standby but we did go out one night for dinner and stroll in the mall nearby (Andalus mall) and we are considerate enough that we will be late and the driver needs to sleep for an early work (he has tons of other work aside from being a driver) so we ended up taking a taxi (no meter in KSA) and with a good quote on how much it will cost just to cross to the other side of the road then we’re off. It turned out the local driver lived in the UK for a long time so he is well versed in English and very chatty.

The entrance to the room is quite narrow but inside it was very spacious. We had a Suite I believe but on their website it named Apartment so perhaps the style is, as there is a separate mini room for dining which is actually a waste of space as you can see the cathedral window showing the lounge.  Also 2 toilet one just near the entrance and the main bathroom near the bedroom.  Unfortunately, some quality fittings are obviously worked in haste as shown on the photo perhaps to open in time for people going on their hajj.  Anyway… as long as we are comfortable it was okay.

I didn’t get the chance to take a photo in their restaurant but I can tell you it was very modern and the foods cater to Western and Arabian customers. Just probably what you should expect on this hotel chain wherever they are in the part of the World.  They have a mini pool and a mini gym, but it will not do good for me anyway since both can only be mostly for MEN.  Yes they have a time for Women to enjoy the pool and that is strictly for the scheduled time and strictly NO MEN ALLOWED even my 7yr old son!

Finally, it is time to say “Wada’an” (Goodbye till next time) Oh yes I cannot say this is the end.  So it is appropriate to say that type of goodbye. I hope next time I will be more enthusiastic to take some photo IF I may be allowed to as there are some restrictions you see.  The surroundings can vary depends on where you are and since hubby have a business to attend to in the “Older” part of City and they are still developing if I may say so.

Overall… if you happen to read this post by chance and you are thinking of going or having a business meeting in the Kingdom particularly in Jeddah you can bring your missus or the whole family if you want, that is IF they are not a fussy lot and can understand the difference of other culture. Jeddah is a bit softer side of the Kingdom though older and not as modern like in Riyadh, Women will appreciate this side better when you are over there IF you know what I mean. 🙂  I hope you learn something from this post and thanks for your time reading this. Until next time, Shukraan!