But I do love coming back to my old home, my birth country to see all my loved ones, relatives and friends who stay true to me all these years!

Christmas time and New Year makes it more special, more fun and more exciting in the Philippines.  Reliving the culture that I was grown up to, respect, love and happiness.  I love seeing the familiar faces so happy to see me not because of my gifts (that I am sure of) asking us about our old life, new life and new culture here in the UAE.  Over feeding us with so many dishes you can see on their long table until your stomach hurts. I miss those foods as it is uncomparable to where we are now.  I miss the laughter I hear from my friends and family.  The “Family” that can extend up to the 2nd degree of consanguinity!  I miss being a child as I visit every house of my aunt and uncles so many of them I cannot count on my fingers, playing with my cousins and for my child now playing with his 2nd cousins really bring some sparks in his eyes and sadness too when it is time to say goodbye until we meet again. 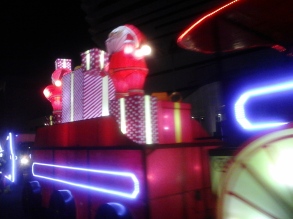 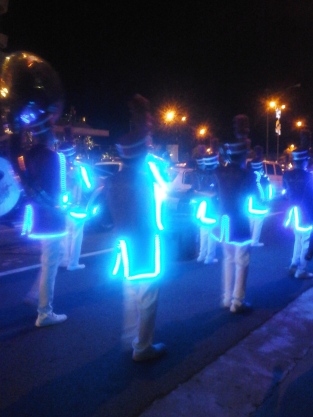 Oh, how can I forget the love and sadness of their faces until we meet again?  I do love coming back to my old home.  Going back there reliving good memories of the past, I am blessed to have a good childhood and I thanked my parents for that.  Now I want to do the same for my son.  Though we don’t have family in NZ and now UAE, if we can help it we go overseas to see them and being in the moment and storing it in his memory bank that will last a lifetime.  Being an expat this is the only thing we can do to include families in this special events and into our life and creating good memories growing up. 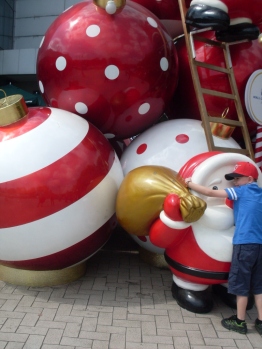 It is really like that isn’t it? whether you admit it or not.  But whatever the case may be families and relatives brings some flavour to your life.

I always wanted my son to have good memories of his childhood so I am banking some while we can especially now that we have moved from the roots he was accustomed to a new culture and environment that are pretty much different from where he was born and have left some of his best buddies.

So the only way to compensate it is to have a holiday to a place he knows where he will feel the love and excitement of the festivities of Christmas and New Year.

My little man is used to having so many “Tita’s” (aunties) in New Zealand but they were not the real relatives.  It is just a way of paying respect not to speak the first name of the people much older than him (mostly Asian culture). So by the time we arrive in the Philippines he knows he will meet so many Tita’s and Tito’s (uncles) both real and unreal (friends) plus the fact that he will once again see his Lolo (grandpa) after 2 years!

It makes me happy to see my son playing with his real cousins, talking to his real aunts and uncles (up to 2nd degrees) and yes so many of them you cannot count on your fingers and feet anymore! For some people, this is not a big deal but for him whose, both parents comes from 2 different continents and have met in another continent that he was born and grows up to (until we moved here in the Middle East) it is a BIG DEAL.

For us, the caption above should say… in another Country.  It would be much easier if we have a family here just a few hours away from our City.  But for some of us expats here in M.E. dream on mate! I was lucky to have a very good childhood and if necessary, for my son to travel on 2 continents (Asia & Europe) to be with one or two sides of our family or they come to us here, I will do it for the sake of him having good memories of his childhood that he can look back on to.  So it is appropriate of me to say the quote below as it is the truth.